June 29, 2020 — Nearly 300 children in 26 states fell ill with a mysterious COVID-related inflammatory condition between March and May, a pair of new studies show. Six of the children died.

The studies are the most detailed accounts to date of the illness called multisystem inflammatory syndrome in children, or MIS-C. And they’re giving pediatricians and parents a better idea what the condition looks like when it strikes.


The reports paint a picture of kids and teens who become severely ill, with at least four organ systems involved in the illness. Eighty percent of kids and young adults in the study, who were all under the age of 21, were treated in the intensive care unit, and 20% needed ventilators to help them breathe.

MIS-C is different than the severe course of COVID-19 that can imperil medically fragile children. MIS-C is a condition that seems to hit previously healthy kids days to weeks after they’ve fought off the virus that causes COVID-19.

The most common symptoms of MIS-C were fevers lasting an average of 5 days. More than 90% also had some kind of gastrointestinal complaint — nausea, vomiting, diarrhea, and belly pain. Many kids also had heart problems in response to the syndrome, including coronary artery aneurysms, where a weak spot in the arteries that feed the heart balloons dangerously. The majority also had markers of body-wide inflammation, such as high levels of C-reactive protein in their blood.

More than two-thirds of the children in the study had some evidence that they’d come into contact with COVID-19, either because a blood test for the virus was positive or because they had been around a person who was known to be diagnosed with it.

The studies, which are published in The New England Journal of Medicine, are a snapshot of cases rather than an exact count.

“This is a minimum number. We didn’t collect cases from every ICU in America,” says Adrienne Randolph, MD, a critical care specialist at Boston Children’s Hospital. She says 53 intensive care units contributed data to the study.

“Our goal was just to show that it was seen across the United States,” Randolph says.

Nearly 100 of the cases detailed in the studies came from New York state, which has been the epicenter of the coronavirus pandemic in the U.S.

In the second study, researchers from the New York State Department of Health analyzed their cases. They conclude that MIS-C is clearly linked to COVID-19, with the peak of cases of MIS-C trailing the peak of COVID-19 cases seen in New York by 1 month.

They note that about a third of the children affected in New York had a preexisting condition, most commonly obesity.

The syndrome shares features of Kawasaki disease, a rare syndrome that strikes children after they’ve fought off an infection. Kawasaki disease can also affect the heart, and it often causes kids to get skin rashes; a swollen, red “strawberry tongue;” red, cracked lips; peeling skin on their hands or feet; and red eyes. The main risk of Kawasaki disease is inflammation of the blood vessels, particularly the ones that deliver blood to the heart.

In the New York study, researchers found that the features of MIS-C that most closely resemble Kawasaki disease were more common in younger children.

They also note that their data shows that like COVID-19, MIS-C has affected more Black and Hispanic children in New York than whites or Asians. The New York analysis included data on the race of 78 patients. Thirty-seven percent were white, 40% were Black, 5% were Asian, and 18% identified as other. About one-third of patients who listed an ethnicity identified themselves as Hispanic.


If COVID-19 has been spreading in your area, and your child has a fever, skin rash, or other strange symptoms, researchers say it’s important to check in with a doctor.

“It’s important to touch base with a pediatrician, especially this time of year, because there isn’t much going around right now,” Randolph says.

With MIS-C and Kawasaki disease, early treatment is key. Prolonged inflammation can lead to permanent heart damage, if it isn’t caught and stopped.

Despite the scary collection of symptoms, Randolph says the syndrome is still rare, and most of the kids recovered with treatment. “So that’s reassuring,” she says.

Most of the children in the study were treated in the hospital intensive care unit. More than two-thirds got an intravenous dose of a purified blood product called immunoglobulin, which helps modify the body’s immune response. Other treatment included steroids and medicines to help constrict blood vessels and raise blood pressure. Many needed temporary help to breathe from a ventilator or ECMO machine. 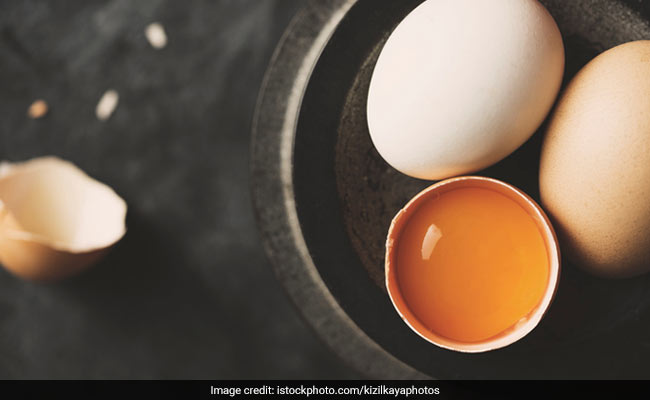 Dehydration To Pickling: 6 Methods To Protect Eggs At House