An anonymous reader quotes a report from The New York Times: In early September, the City Council in Portland, Ore., met virtually to consider sweeping legislation outlawing the use of facial recognition technology. The bills would not only bar the police from using it to unmask protesters and individuals captured in surveillance imagery; they would also prevent companies and a variety of other organizations from using the software to identify an unknown person.
During the time for public comments, a local man, Christopher Howell, said he had concerns about a blanket ban. He gave a surprising reason. “I am involved with developing facial recognition to in fact use on Portland police officers, since they are not identifying themselves to the public,” Mr. Howell said. Over the summer, with the city seized by demonstrations against police violence, leaders of the department had told uniformed officers that they could tape over their name. Mr. Howell wanted to know: Would his use of facial recognition technology become illegal?

Portland’s mayor, Ted Wheeler, told Mr. Howell that his project was “a little creepy,” but a lawyer for the city clarified that the bills would not apply to individuals. The Council then passed the legislation in a unanimous vote. Mr. Howell was offended by Mr. Wheeler’s characterization of his project but relieved he could keep working on it. “There’s a lot of excessive force here in Portland,” he said in a phone interview. “Knowing who the officers are seems like a baseline.” Mr. Howell, 42, is a lifelong protester and self-taught coder; in graduate school, he started working with neural net technology, an artificial intelligence that learns to make decisions from data it is fed, such as images. He said that the police had tear-gassed him during a midday protest in June, and that he had begun researching how to build a facial recognition product that could defeat officers’ attempts to shield their identity. Mr. Howell is not alone in his pursuit. Law enforcement has used facial recognition to identify criminals, using photos from government databases or, through a company called Clearview AI, from the public internet. But now activists around the world are turning the process around and developing tools that can unmask law enforcement in cases of misconduct. The report also mentions a few other projects around the world that are using facial recognition tools against the police.

An online exhibit called “Capture,” was created by artist Paolo Cirio and includes photos of 4,000 faces of French police officers. It’s currently down because France’s interior minister threatened legal action against Mr. Cirio but he hopes to republic them.

Andrew Maximov, a technologist from Belarus, uploaded a video to YouTube that demonstrated how facial recognition technology could be used to digitally strip away masks from police officers.

The report also notes that older attempts to identify police officers have relied on crowdsourcing. For example, news service ProPublica asks readers to identify officers in a series of videos of police violence. There’s also the OpenOversight, a “public searchable database of law enforcement officers” that asks people to upload photos of uniformed officers and match them to the officers’ names or badge numbers. 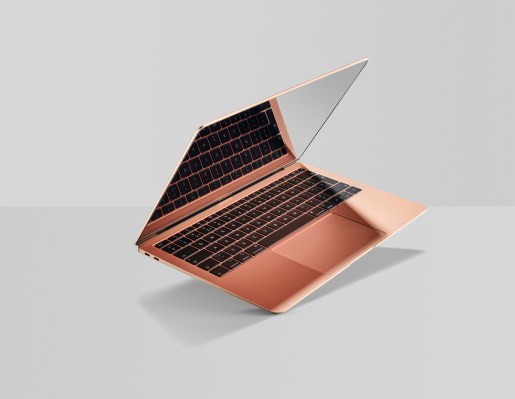